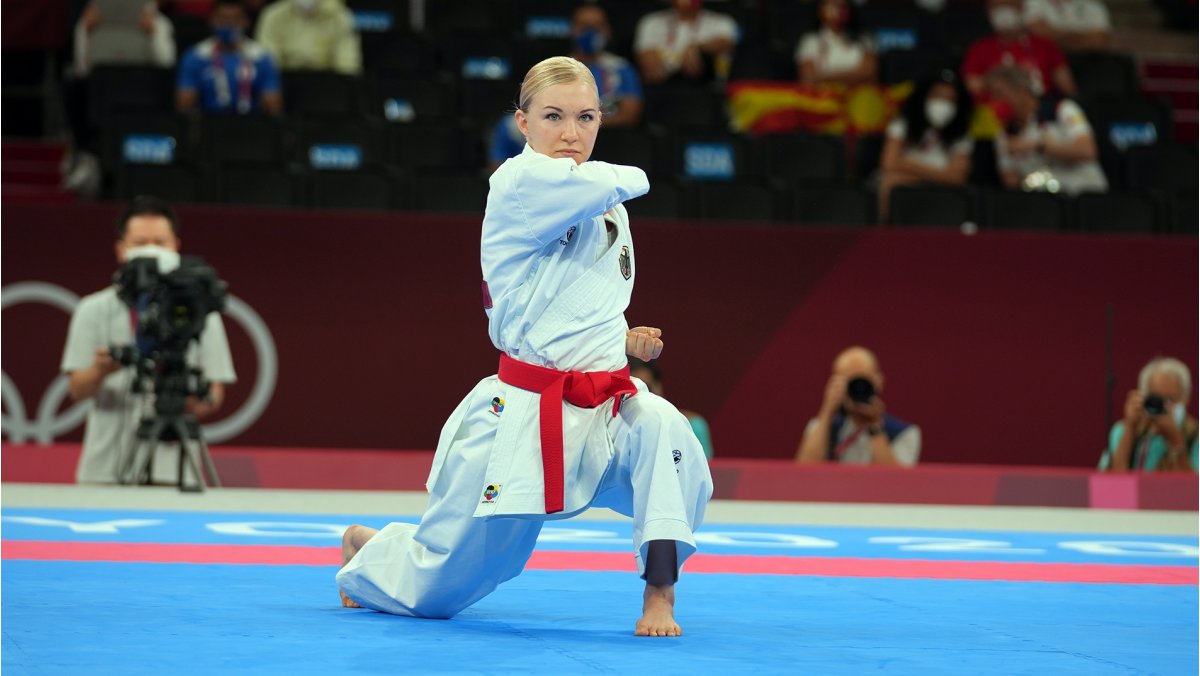 Germany’s Jasmin Juettner became the first karateka to compete on the Olympic tatami, as the team gold medallist at the 2014 World Championships has taken to the floor of the Nippon Budokan martial arts hall at 10 a.m. local time to kick things off in the Women’s Kata division. Nine other Kata athletes representing nine other countries are set to follow, including local favourite and two-time World Champion Kiyou Shimizu and current World and European Champion Sandra Sanchez of Spain. The four semifinalists will be known before noon, with the bronze medal bouts set to begin at 19:30 local time and the Women’s Kata final scheduled for 19:50.